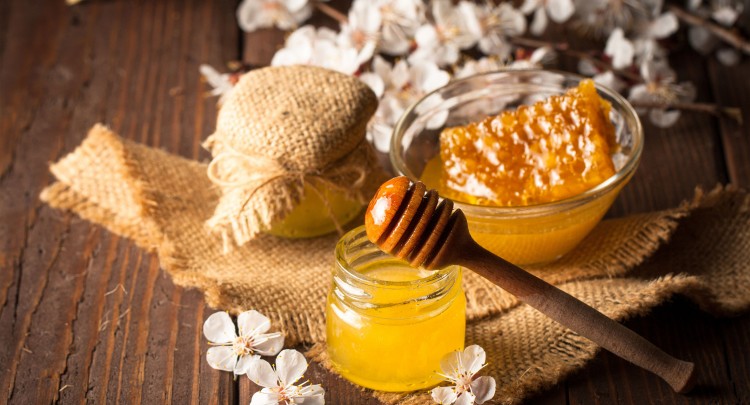 You’re probably familiar with honey and might even be a fan of bee pollen or royal jelly already, but do you know the other bee-derived ingredient that’s known to have incredible health properties? I’m talking about bee propolis, also called “bee glue.” What is propolis? It’s a natural mixture produced by honey bees from a few things, including substances they collect from plants and trees.

This truly therapeutic substance not only guards beehives against intruders, but it can also fend off and treat all kinds of unwanted health conditions. Bee propolis has actually been used medicinally by humans since ancient times. This isn’t surprising once you know that bee propolis benefits include it having antimicrobial, antioxidative, anti-ulcer and anti-tumor properties.Let’s look at why propolis may be your next bee product of choice.

What Is Bee Propolis?

Bee propolis is defined as a resinous mixture that honey bees produce by combining their own saliva and beeswax with exuded substances they collect from tree buds, sap flows and other botanical sources. Propolis color can vary depending on what the bee collects from nature to create it, but usually bee propolis is a shade of dark brown.

Propolis serves a huge purpose in the world of honey bees. They use it to seal undesirable small cracks and gaps in the hive (larger gaps get filled with beeswax). This is hugely important because if these openings don’t get sealed up properly, the hive could have some very threatening invaders like snakes and lizards.

When scientists have looked closer at the exact chemical composition of propolis, they have found that it actually contains over 300 natural compounds, including amino acids, coumarins, phenolic aldehydes, polyphenols, sequiterpene quinines and steroids. In general, raw propolis is made up of approximately 50 percent resins, 30 percent waxes, 10 percent essential oils, 5 percent pollen and 5 percent of various organic compounds. The interesting thing about propolis, which is also true for honey,  is that its composition is always going to vary depending upon the exact collection time, collection location and plant sources.

One of my favorite bee propolis benefits is that it appears to possess anti-tumoral and anticancer properties. There are currently over 300 scientific studies and articles focusing on propolis and cancer treatment. Two propolis polyphenols in particular seem to be the most potent anti-tumor agents. They are caffeic acid phenethyl esters from poplar propolis and Artepillin C from Baccharis propolis. Scientists believe that the ability of propolis to prevent cancer from developing in both animal models and human cell cultures is likely the result of its ability to inhibit DNA synthesis in tumor cells as well as its capability to induce apoptosis (programmed cell death) of tumor cells.

A 2016 study evaluated the effects of propolis extracts from the northern region of Thailand on cancer cell growth. All of the extracts showed high antioxidant activity as well as high phenolic and flavonoid content. Overall, the propolis extracts showed anticancer activities and extended the survival of animal subjects who already had tumors. This study concludes, “From these findings, it is evident that propolis extracts can be considered as a naturally obtained agent extremely useful in cancer treatment.”

Candida or candidiasis is an infection caused by Candida Albicans, a yeast-like fungus. This is the most common type of yeast infection found in the mouth, intestinal tract and vagina, and it may affect skin and other mucous membranes. If the immune system is functioning optimally, this type of yeast infection is rarely serious. However, if the immune system is not functioning properly, the candida infection can migrate to other areas of the body, including the blood and membranes around the heart or brain.

Scientific studies have shown that propolis extracts may naturally prevent as well as shorten the duration of the common cold, which can often include a dreaded sore throat. One study administered an aqueous propolis extract to a group of very young school children for the entire duration of a year’s “cold season.” The exact daily dose is not given, but the children treated with propolis had fewer colds with acute or chronic symptoms. The propolis extract was also tolerated well.

In another scientific evaluation of the effects of bee propolis on the common cold, the group taking propolis extract (amount not indicated) became free of symptoms faster than the placebo group. Specifically, the cold symptoms for the propolis takers went away two and half times quicker than the subjects who took a placebo.

Giardiasis is a parasitic infection that can occur in the small intestine and is caused by a microscopic parasite called Giardia lamblia. You can contract giardiasis from contact with infected people or by eating contaminated food or drinking water. A clinical trial looked at the effects of propolis extract on 138 giardiasis patients, both adults and children. The researchers found that the propolis extract resulted in a 52 percent cure rate in children and a 60 percent elimination rate in adults.

A pilot randomized controlled trial looked at the effects of propolis supplementation on women with infertility and mild endometriosis. The researchers found that taking bee propolis at a dose of 500 milligrams twice a day for six months resulted in a pregnancy rate of 60 percent compared to only 20 percent in the placebo group. Studies have yet to show if propolis can also benefit infertile women without endometriosis.